Challenge to Supporters: 1000 Vote Pledges by Oct. 9 or Bow Out

He is calling the unusual campaign strategy “The People’s Primary” because it gives those who do not belong to a political party (a.k.a. “blank voters”) a chance to voice their opinion on a candidate before the General Election on Nov. 3. 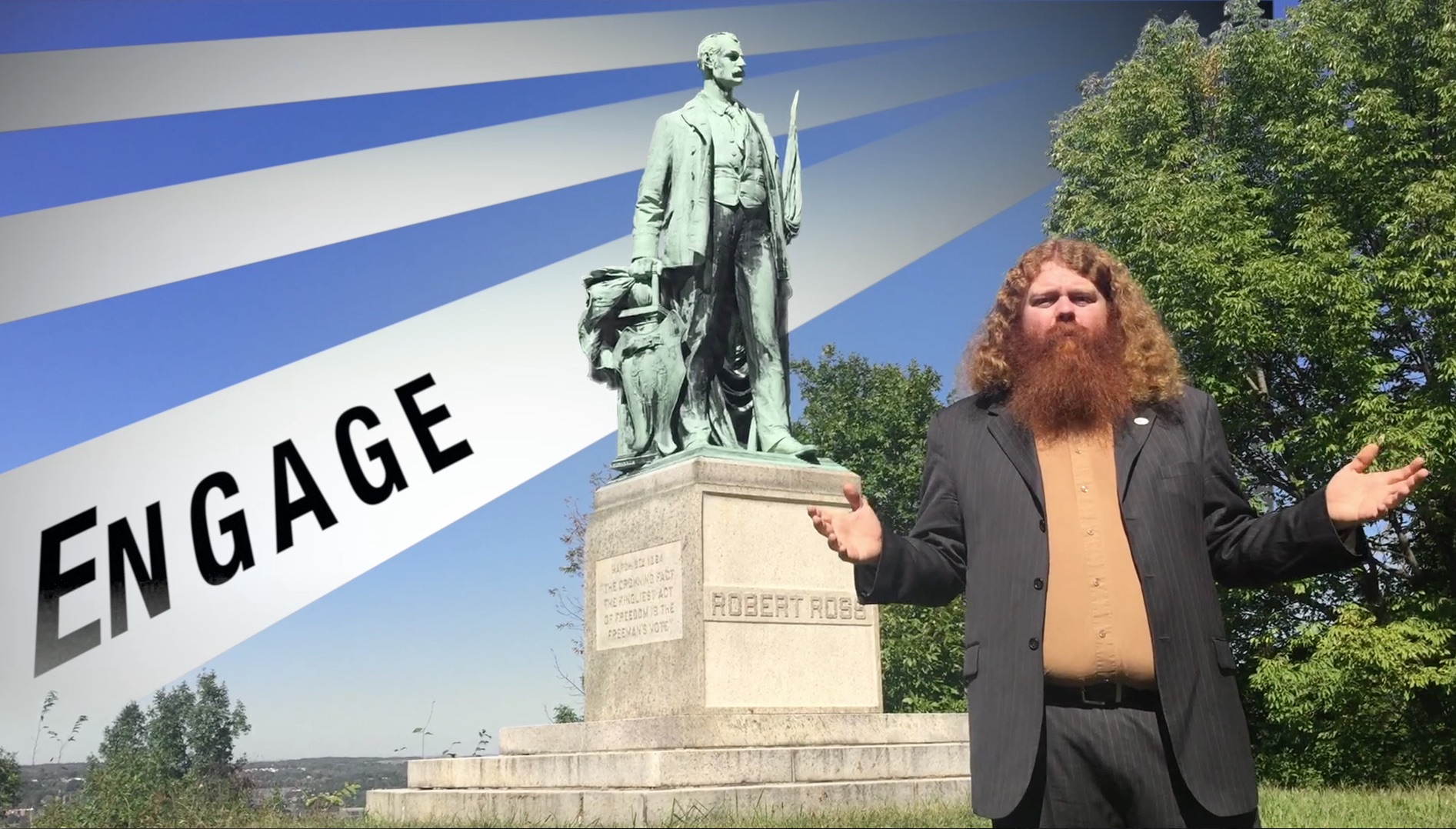 “The two major parties may control politics in the rest of the United States, but Trojans don’t like getting bossed around,” said Cummings. “The ‘blanks’ are Troy’s second largest voting block. My campaign is all about engaging those who have been left out. So this race is still wide open.”

From now until Oct. 9, Cummings will be asking supporters to visit his website, AnashaEst.com, and pledge to vote for him in the Nov. 3 general election.

Pledges must be accompanied by a mobile phone number or an email address that he can contact on the day of the election to send a reminder to vote.

Modeled after the all-or-nothing online fundraising website Kickstarter, The People’s Primary also has firm support goals that must be met by specific dates.  If Cummings does not collect 1,000 pledges to vote by Oct. 9, he will “withdraw” from the race.

A “life-long” registered member of the Democratic Party, Cummings fell shy of winning a nomination in a close race for one of three at-large city council seats in that party’s primary. According to a Rensselaer County board of elections employee, official results including absentee ballots for the candidates in the Democratic party were:  Peggy Kownack, 871 votes; Cary Dresher, 1053 votes; Carole Weaver, 990 votes; Erin Sullivan-Teta, 943; Anasha Cummings, 855.

Cummings did however win the Working Families Party primary, tied for the most votes at 31. He also won a nomination by the Green Party as a write-in candidate, earning the second highest number of votes in that primary.

“Would it be easier to win the general election on the Democratic line? Absolutely. Is it possible to win without that line? That’s what I aim to find out, before the election takes place,” Cummings said.  “The turnout for primaries is notoriously low for all parties, but of those Democrats who did vote, a lot of them did vote for me. And I know I have supporters across the political spectrum."

Top on Cummings' list of key platform items is to get the city to make better use of the Internet to communicate with the citizenry. His campaign is practicing what he preaches by using the Internet to engage as many voters as possible in more meaningful ways.

“When you go door-to-door as a candidate, it’s hard to have a meaningful discussion about issues because you’re usually interrupting dinner or t.v. shows or family time,” Cummings said. “But when I put a three or four minute video online, people can watch it on their own schedule and they can really focus on the content."

Cummings' campaign videos have attracted thousands of viewers, owing to their quirky special effects, humor and interesting Troy settings. Along the way, the young candidate has managed to sneak in a few important messages about Troy's future.

Yesterday, he released his fifth video announcing the People's Primary while standing next to the bronze statue of Robert Ross, a famous defender of the Trojan vote.

There’s still no substitute for authentic interaction, and Cummings knows he can’t do all of his door knocking digitally.

“I’m still campaigning the old fashioned face-to-face way -- when you look like me and announce a run for office, you can’t take 10 steps down any street in Troy without getting approached about the campaign,” said Cummings, who uses his striking red hair and beard as a campaign brand.  “But these days, there are new ways to go door to door, virtually, that are less intrusive and more convenient."

By using 21st century tools -- such as social media, SMS text messaging and web videos -- Cummings is attempting to build a new kind of network of active citizens.

Born in Santa Fe, New Mexico, Anasha Cummings moved to Troy to study Design, Innovation, and Society at RPI. During his time at RPI, he became deeply involved in local sustainability and neighborhood organizing. He has worked as an intern for Congressman Paul Tonko, a VISTA sustainability coordinator for Troy Rehabilitation and Improvement Program (TRIP), and as a project coordinator with Empire Solar.